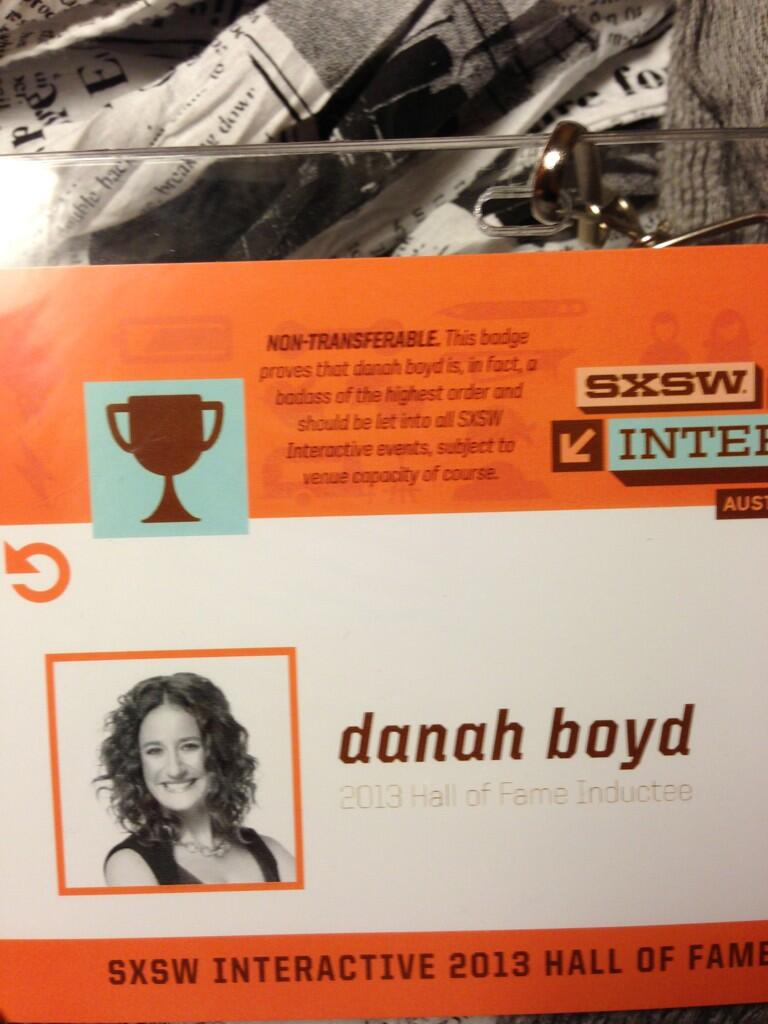 After taking a break to finish my dissertation, I’m heading back to SXSW and I. Cannot. Wait. SXSW is one of my favorite-ist conferences evah. It’s filled with fun folks who are truly engaged with the web, social media, and other forms of culture. There’s such a large contingent of cool and interesting people that I’m always overwhelmed, overstimulated, and otherwise bouncy as could be. The parties don’t hurt either. Tehe.

Anyhow, I do very little scheduling at SXSW because I personally do better when I’m unscheduled and just go with the flow. That said, I find that it’s useful to show up at one’s own talks and parties. And it’s even more fun to attend said scheduled activities when your friends know about it and want to come and play along. Sooo, since all of my BIG events are on Saturday, I thought I’d take a moment to share these bits in the hopes that those of you attending might come along!

Panel #2: Everything I Needed to Know About the Web I Learned from Feminism

If you are going to SXSW this year (which you should), voting for panels is now open. I’m telling you this in part for selfish reasons. I want you to pick me! More specifically, i want you to pick the panel that Andrea Forte is moderating entitled “Under 18: Blogs, Wikis, and Online Social Networks for Youth.” It’s near the bottom so make sure you read till the end. Andrea rocks and it’s her idea but it will involve my big mouth so if you love me, you’ll pick this, right?? ::wink::