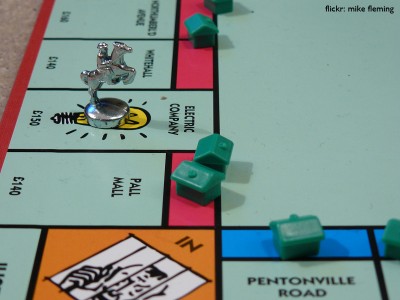 From day one, Mark Zuckerberg wanted Facebook to become a social utility. He succeeded. Facebook is now a utility for many. The problem with utilities is that they get regulated.

Yesterday, I ranted about Facebook and “radical transparency.” Lots of people wrote to thank me for saying what I said. And so I looked many of them up. Most were on Facebook. I wrote back to some, asking why they were still on Facebook if they disagreed with where the company was going. The narrative was consistent: they felt as though the needed to be there. For work, for personal reasons, because they got to connect with someone there that they couldn’t connect with elsewhere. Nancy Baym did a phenomenal job of explaining this dynamic in her post on Thursday: “Why, despite myself, I am not leaving Facebook. Yet.”

Every day. I look with admiration and envy on my friends who have left. I’ve also watched sadly as several have returned. And I note above all that very few of my friends, who by nature of our professional connections are probably more attuned to these issues than most, have left. I don’t like supporting Facebook at all. But I do.

And here is why: they provide a platform through which I gain real value. I actually like the people I went to school with. I know that even if I write down all their email addresses, we are not going to stay in touch and recapture the recreated community we’ve built on Facebook. I like my colleagues who work elsewhere, and I know that we have mailing lists and Twitter, but I also know that without Facebook I won’t be in touch with their daily lives as I’ve been these last few years. I like the people I’ve met briefly or hope I’ll meet soon, and I know that Facebook remains our best way to keep in touch without the effort we would probably not take of engaging in sustained one-to-one communication.

The emails that I received privately to my query elicited the same sentiment. People felt they needed to stay put, regardless of what Facebook chose to do. Those working at Facebook should be proud: they’ve truly provided a service that people feel is an essential part of their lives, one that they need more than want. That’s the fundamental nature of a utility. They succeeded at their mission.

And yet, people continue to be surprised. Partially, this is Facebook’s fault. They know that people want to hear that they have a “choice” and most people don’t think choice when they think utility. Thus, I wasn’t surprised that Elliot Schrage’s fumbling responses in the NYTimes emphasized choice, not utility: “Joining Facebook is a conscious choice by vast numbers of people who have stepped forward deliberately and intentionally to connect and share… If you’re not comfortable sharing, don’t.”

In my post yesterday, I emphasized that what’s at stake with Facebook today is not about privacy or publicity but informed consent and choice. Facebook speaks of itself as a utility while also telling people they have a choice. But there’s a conflict here. We know this conflict deeply in the United States. When it comes to utilities like water, power, sewage, Internet, etc., I am constantly told that I have a choice. But like hell I’d choose Comcast if I had a choice. Still, I subscribe to Comcast. Begrudgingly. Because the “choice” I have is Internet or no Internet.

I hate all of the utilities in my life. Venomous hatred. And because they’re monopolies, they feel no need to make me appreciate them. Cuz they know that I’m not going to give up water, power, sewage, or the Internet out of spite. Nor will most people give up Facebook, regardless of how much they grow to hate them.

Your gut reaction might be to tell me that Facebook is not a utility. You’re wrong. People’s language reflects that people are depending on Facebook just like they depended on the Internet a decade ago. Facebook may not be at the scale of the Internet (or the Internet at the scale of electricity), but that doesn’t mean that it’s not angling to be a utility or quickly becoming one. Don’t forget: we spent how many years being told that the Internet wasn’t a utility, wasn’t a necessity… now we’re spending what kind of money trying to get universal broadband out there without pissing off the monopolistic beasts because we like to pretend that choice and utility can sit easily together. And because we’re afraid to regulate.

And here’s where we get to the meat of why Facebook being a utility matters. Utilities get regulated. Less in the United States than in any other part of the world. Here, we like to pretend that capitalism works with utilities. We like to “de-regulate” utilities to create “choice” while continuing to threaten regulation when the companies appear too monopolistic. It’s the American Nightmare. But generally speaking, it works, and we survive without our choices and without that much regulation. We can argue about whether or not regulation makes things cheaper or more expensive, but we can’t argue about whether or not regulators are involved with utilities: they are always watching them because they matter to the people.

The problem with Facebook is that it’s becoming an international utility, not one neatly situated in the United States. It’s quite popular in Canada and Europe, two regions that LOVE to regulate their utilities. This might start out being about privacy, but, if we’re not careful, regulation is going to go a lot deeper than that. Even in the States, we’ll see regulation, but it won’t look the same as what we see in Europe and Canada. I find James Grimmelmann’s argument that we think about privacy as product safety to be an intriguing frame. I’d expect to see a whole lot more coming down the line in this regards. And Facebook knows it. Why else would they bring in a former Bush regulator to defend its privacy practices?

Thus far, in the world of privacy, when a company oversteps its hand, people flip out, governments threaten regulation, and companies back off. This is not what’s happening with Facebook. Why? Because they know people won’t leave and Facebook doesn’t think that regulators matter. In our public discourse, we keep talking about the former and ignoring the latter. We can talk about alternatives to Facebook until we’re blue in the face and we can point to the handful of people who are leaving as “proof” that Facebook will decline, but that’s because we’re fooling ourselves. If Facebook is a utility – and I strongly believe it is – the handful of people who are building cabins in the woods to get away from the evil utility companies are irrelevant in light of all of the people who will suck up and deal with the utility to live in the city. This is going to come down to regulation, whether we like it or not.

The problem is that we in the tech industry don’t like regulation. Not because we’re evil but because we know that regulation tends to make a mess of things. We like the threat of regulation and we hope that it will keep things at bay without actually requiring stupidity. So somehow, the social norm has been to push as far as possible and then pull back quickly when regulatory threats emerge. Of course, there have been exceptions. And I work for one of them. Two decades ago, Microsoft was as arrogant as they come and they didn’t balk at the threat of regulation. As a result, the company spent years mired in regulatory hell. And being painted as evil. The company still lives with that weight and the guilt wrt they company’s historical hubris is palpable throughout the industry.

I cannot imagine that Facebook wants to be regulated, but I fear that it thinks that it won’t be. There’s cockiness in the air. Personally, I don’t care whether or not Facebook alone gets regulated, but regulation’s impact tends to extend much further than one company. And I worry about what kinds of regulation we’ll see. Don’t get me wrong: I think that regulators will come in with the best of intentions; they often (but not always) do. I just think that what they decide will have unintended consequences that are far more harmful than helpful and this makes me angry at Facebook for playing chicken with them. I’m not a libertarian but I’ve come to respect libertarian fears of government regulation because regulation often does backfire in some of the most frustrating ways. (A few weeks ago, I wrote a letter to be included in the COPPA hearings outlining why the intention behind COPPA was great and the result dreadful.) The difference is that I’m not so against regulation as to not welcome it when people are being screwed. And sadly, I think that we’re getting there. I just wish that Facebook would’ve taken a more responsible path so that we wouldn’t have to deal with what’s coming. And I wish that they’d realize that the people they’re screwing are those who are most vulnerable already, those whose voices they’ll never hear if they don’t make an effort.

When Facebook introduced the News Feed and received a backlash from its users, Zuckerberg’s first blog post was to tell everyone to calm down. When they didn’t, new features were introduced to help them navigate the system. Facebook was willing to talk to its users, to negotiate with them, to make a deal. Perhaps this was because they were all American college students, a population that early Facebook understood. Still, when I saw the backlash emerging this time, I was waiting and watching for an open dialogue to emerge. Instead, we got PR mumblings in the NYTimes telling people they were stupid and blog posts on “Gross National Happiness.” I’m sure that Facebook’s numbers are as high as ever and so they’re convinced that this will blow over, that users will just adjust. I bet they think that this is just American techies screaming up a storm for fun. And while more people are searching to find how to delete their account, most will not. And Facebook rightfully knows that. But what’s next is not about whether or not there’s enough user revolt to make Facebook turn back. There won’t be. What’s next is how this emergent utility gets regulated. Cuz sadly, I doubt that anything else is going to stop them in their tracks. And I think that regulators know that.

Update: I probably should’ve titled this “Facebook is trying to be a utility; utilities get regulated” but I chopped it because that was too long. What’s at stake is not whether or not we can agree that Facebook is a utility, but whether or not regulation will come into play. There’s no doubt that Facebook wants to be a utility, sees itself as a utility. So even if we don’t see them as a utility, the fact that they do matters. As does the fact that some people are using it with that attitude. I’d give up my water company (or Comcast) if a better alternative came along too. When people feel as though they are wedded to something because of its utilitarian value, the company providing it can change but the infrastructure is there for good.  Rather than arguing about the details of what counts as a utility, let’s move past that to think about what it means that regulation is coming.

79 thoughts on “Facebook is a utility; utilities get regulated”