As people start to get copies of my book, I want to offer more context to the brief dedication at the front of the book. 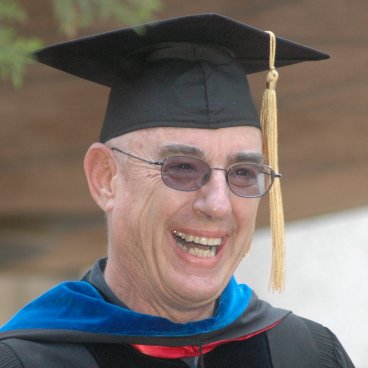 “It’s Complicated” is dedicated to my beloved advisor, Peter Lyman, who passed away before I finished my degree at Berkeley. It was Peter who initially helped me conceive of this project and it was Peter who took my limited ethnographic training and helped me develop deep reflexive instincts. As much joy as it brings me to see this book born into the world, it also saddens me that Peter couldn’t get to see the project completed.

After I left MIT, my undergraduate mentor and friend Andy van Dam sent me to Peter, confident that we’d get along like a house on fire. I begrudgingly agreed to meet Peter but when I showed up in California, he had been sent to jury duty and was unable to make the meeting. So he invited me to his home where he was hosting a dinner for graduate students. There, I got to meet a kind, gentle soul who not only inspired me with his intellect but revealed the beauty and pleasure of nurturing junior scholars. I was sold.

Once at Berkeley, Peter and I devised all sorts of plots to collaborate and, more importantly, to play institutional good-cop, bad-cop. In my spastic, obnoxious way, I would throw a fit at some injustice, inevitably piss off someone, and then he’d intervene and negotiate a truce. When we realized how effective this could be, we started scheming.

Peter’s illness was devastating. Always a brilliant orator, his cancer ate away at his ability to communicate. Even his serene peacefulness was tried over and over again by the frustration he felt not being able to express himself. And, for all that he adored and supported his students, his love of his children – and sadness in not being able to get to know his grandchildren – were what really weighed on him.

It’s been over six years since the world lost an amazing man. Nothing that I can do can bring him back but I wrote this book in part to honor him and all that he taught me. Peter showed me that there’s more to being a scholar than producing important works. Always gracious and warm, Peter did more to cultivate others than to advance his own career. He always said that, at Berkeley, he was paid to attend meetings so that he could keep up his hobby of teaching. His brilliance emerged through those that he empowered. I can only hope to have as much impact on those around me as he did on me.

Every time I look at my book, I smile thinking about Peter’s influence on me, my work, and my sense of what it means to be a scholar and intellectual. We all build on the shoulders of giants but sometimes those giants aren’t so visible to others. Peter was a huge giant in my life and I hope that others reading this book can see his influence in it.

6 thoughts on ““It’s Complicated” is dedicated to Peter Lyman”