Last week, Matt Richtel at the New York Times did a fantastic job of covering one aspect of why teens share passwords: as a show of affection. Indeed, I have lots of fun data that supports Richtel’s narrative — and complicates it. Consider Meixing’s explanation for why she shares her password with her boyfriend:

Meixing, 17, TN: It made me feel safer just because someone was there to help me out and stuff. It made me feel more connected and less lonely. Because I feel like Facebook sometimes it kind of like a lonely sport, I feel, because you’re kind of sitting there and you’re looking at people by yourself. But if someone else knows your password and stuff it just feels better.

For Meixing, sharing her password with her boyfriend is a way of being connected. But it’s precisely these kinds of narratives that have prompted all sorts of horror by adults over the last week since that NYTimes article came out. I can’t count the number of people who have gasped “How could they!?!” at me. For this reason, I feel the need to pick up on an issue that the NYTimes let out. 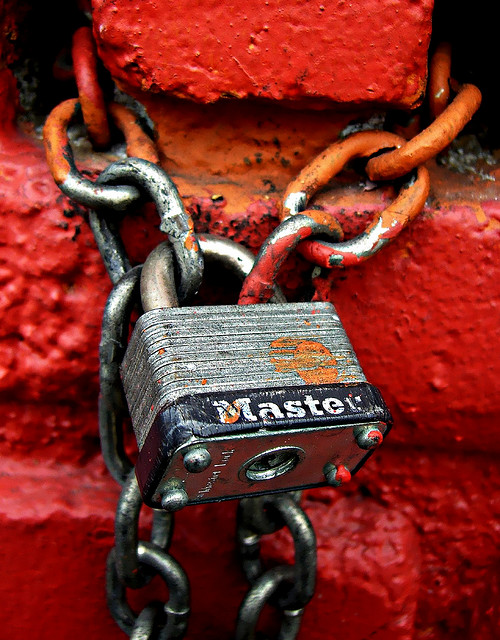 The idea of teens sharing passwords didn’t come out of thin air. In fact, it was normalized by adults. And not just any adult. This practice is the product of parental online safety norms. In most households, it’s quite common for young children to give their parents their passwords. With elementary and middle school youth, this is often a practical matter: children lose their passwords pretty quickly. Furthermore, most parents reasonably believe that young children should be supervised online. As tweens turn into teens, the narrative shifts. Some parents continue to require passwords be forked over, using explanations like “because I’m your mother.” But many parents use the language of “trust” to explain why teens should share their passwords with them.

There are different ways that parents address the password issue, but they almost always build on the narrative of trust. (Tangent: My favorite strategy is when parents ask children to put passwords into a piggy bank that must be broken for the paper with the password to be retrieved. Such parents often explain that they don’t want to access their teens’ accounts, but they want to have the ability to do so “in case of emergency.” A piggy bank allows a social contract to take a physical form.)

When teens share their passwords with friends or significant others, they regularly employ the language of trust, as Richtel noted in his story. Teens are drawing on experiences they’ve had in the home and shifting them into their peer groups in order to understand how their relationships make sense in a broader context. This shouldn’t be surprising to anyone because this is all-too-common for teen practices. Household norms shape peer norms.

There’s another thread here that’s important. Think back to the days in which you had a locker. If you were anything like me and my friends, you gave out your locker combination to your friends and significant others. There were varied reasons for doing so. You wanted your friends to pick up a book for you when you left early because you were sick. You were involved in a club or team where locker decorating was common. You were hoping that your significant other would leave something special for you. Or – to be completely and inappropriately honest – you left alcohol in your locker and your friends stopped by for a swig. (One of my close friends was expelled for that one.) We shared our locker combinations because they served all sorts of social purposes, from the practical to the risqué.

Can password sharing be abused? Of course. I’ve heard countless stories of friends “punking” one another by leveraging password access. And I’ve witnessed all sorts of teen relationship violence where mandatory password sharing is a form of surveillance and abuse. But, for most teens, password sharing is as risky as locker combo sharing. This is why, even though 1/3 of all teens share their passwords, we only hear of scattered horror stories.

I know that this practice strikes adults as seriously peculiar, but it irks me when adults get all judgmental on this teen practice, as though it’s “proof” that teens can’t properly judge how trustworthy a relationship is. First, it’s through these kinds of situations where they learn. Second, adults are dreadful at judging their own relationships (see: divorce rate) so I don’t have a lot of patience for the high and mighty approach. Third, I’m much happier with teens sharing passwords as a form of intimacy than sharing many other things.

There’s no reason to be aghast at teen password sharing. Richtel’s story is dead-on. It’s pretty darn pervasive. But it also makes complete sense given how notions of trust have been constructed for many teens.