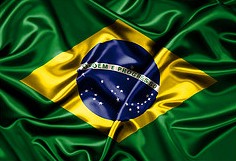 I have been writing about social divisions between Facebook and MySpace for some time now, focused exclusively on American teenager dynamics. Yet, every time I post about this subject, folks write to me to ask if I know much about social divisions elsewhere in the world. Alas, I have never done fieldwork outside of the US and so most of my knowledge is second-hand. Even worse, I’m never quite sure where to point people to.

When word of my upcoming article – White Flight in Networked Publics? How Race and Class Shaped American Teen Engagement with MySpace and Facebook – got around, I got another wave of questions about global differences. But I also received a wonderful email from Pedro Augusto at the Centro de Tecnologia e Sociedade in Rio. He wrote to share his observations about the social divisions that took place between Orkut and Facebook in Brazil. I asked if it would be OK for me to share his email with you and he kindly obliged.

Social networking really hit the Brazilians when Orkut was launched, in 2004. In the beginning (2004-2005), Brazilian users were mainly the geeks and tech-savvy boys and girls who could afford a broadband connection. Also, at that time, you had to be invited by some insider to join. So people like Julian Dibbell and John Perry Barlow, who had many connections in Brazil, started sending invites to their friends. The invitation-only membership contributed to the impression that it was cool to be part of that restricted group, and Brazilians became crazy about it.

Today Orkut is by far the largest social network and the most accessed website in Brazil. There is about 65 million internet users in the country , and (approx.) 90% of internet users use social networking (79% of this number are Orkut users), according to IBOPE/Netratings. Which means that there is approximately 25 million Brazilians at Orkut. So it is no coincidence that in 2008 Google transferred all of Orkut technical operations and management to Brazil.

In spite (or because) of all this success, there is a great deal of discrimination towards Orkut. Some people claim it to have become a website for lower-income classes, and migrate to Facebook. This impression is caused by the rising numbers of digital inclusion in Brazil. There are two important factors contributing for digital inclusion here: expansion of broadband connections and the rise of the so-called “LAN houses” phenomenon. As pointed out by researchers at the Center for Technology & Society at FGV, LAN-houses (a sort of cybercafé that can be found especially in lower-income areas) are responsible for 45% of all Internet access and 74% of lower-income classes access. There are far more more LAN Houses in the country (108,000) than movie theaters (2,200) and bookstores (2,600). In Rocinha, one of the largest shantytowns (favelas), there are more than 100 LAN Houses. They provide Internet access and other services involving technology and more. LAN Houses are places where young kids gather for social encounters, playing games, visiting social networks, and internet messaging. They have become a public space for socializing. At the beginning of this phenomenon (2001-2003), people would gather in LAN Houses for playing games (like Counter Strike and Warcraft III), mainly. But after Orkut, most of the users are going to LAN Houses for checking their online profiles and connecting with friends.

On the other side, Facebook took longer to hit the Brazilians. Before 2009, Facebook was used mainly by kids or adults who traveled abroad, as a way to keep in touch with friends abroad. Even with more technical resources than Orkut, Facebook’s popularity wasn’t high. But, in 2009, the winds changed direction. A significant portion of former Orkut users started migrating to Facebook. Now they are 3,6 million users.

Today it’s common to hear higher-income class kids and tech-savvy geeks saying that “Orkut is over”, that they see no use for Orkut and that they are deleting their profile. In fact, some users are indeed deleting there profiles, or simply letting them idle. They say Facebook is cooler and better. Orkut is now kitsch and full of fakes and non sense communities. However, the largest portion of Orkut users seem not to care about this criticism, and keep using the site with passion everyday. Personally, I (Pedro Augusto) have no problems with Orkut, but as a lot of people whom I’m used to interact are going to Facebook, I’m reducing my time using Orkut.

As pointed by Ronaldo Lemos, Director at Center for Technology and Society, Orkut has become a better mirror of the Brazilian society, with its class and social differences. That may be the reason some people are not happy with it. There is a lot of diversity there, different from its beginning in 2004, where there was a pretty homogenic group of people there (almost like Facebook today). This certainly bother hipsters, fashion kinds and other high-income groups. There is even a neologism: “orkutificação”. In English it would be something as “orkutization”. It’s used as a negative term to refer to this “here comes everybody” feel, in which orkut has become full of “strange” people. Nowadays, there is even people saying that Twitter is becoming “orkutized”, because it is gaining popularity in Brazil and is becoming more diverse as well.