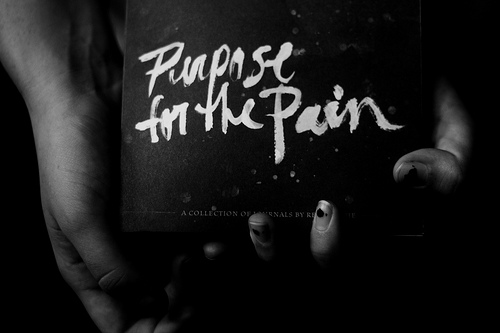 When I ranted about how the media’s incessant desire to get the story was not allowing the people of Newtown to mourn, I did not expect that I’d be mourning the death of a friend a month later. As I’ve tried to come to terms with Aaron’s death, I’ve found myself slipping between personal grief and meta reflection, my primary coping mechanism for dealing. I’ve decided to craft this deeply personal, reflective blog post because I think that it makes sense to think about and discuss what mourning and vulnerability mean in a culture of public-ness.

Last week, I read the story of a Newtown woman who was photographed grieving at a vigil. She voiced her struggle in becoming an icon of the tragedy, understanding the importance of the story but also wanting to be respected as an individual going through her own struggles. This story resonated with me.

Aaron Swartz was a friend of mine. When I woke up three Saturdays ago to learn about his death, I went into complete shock. I spent the day talking with mutual friends, reading heartfelt stories on the internet, and crying. I woke up the next day and while lying in bed, penned my own memorial for my blog. I always struggle with what my blog is, wanting it to be a way of communicating with people who know me while also recognizing that it’s read by many strangers. Still, it’s the best vessel to share with a community of geeks that I love. So I posted my reflections there.

I should’ve known that my blog post would attract the attention of the press. But I wasn’t really processing reality and I hadn’t yet begun to realize that the story would become a mainstream one. On one hand, I was glad. People should know who Aaron was and why what he did was important. On the other hand, I watched as the story took on a life of its own, not just a rallying cry for geeks, but a portrait that I could barely recognize.

I started getting questions from journalists and I panicked. I wrote as politely as I could that I couldn’t do it, I couldn’t be their source. But I also struggled with the very fact of their asking. Yes, I blogged about him, but what right do I have to speak for Aaron? To tell Aaron’s story? I was Aaron’s friend, but like many friends in my world, we ebbed and flowed in terms of closeness over the last 9 years. I was not his lover, I was not his professional collaborator. I had only met his father once and only met his current partner briefly. I knew only a small subset of his social circle. I knew – and adored – a facet of Aaron. But who was I to tell his story? I found myself fretting over how my blog post had created a signal that I didn’t want to to convey. I wanted to express my grief and my fear over how parts of my community were reacting, not claim proximity or define Aaron.

As the funeral rolled around, I scratched my head as to whether or not to go. I hate funerals, but I also knew that many people I cared deeply about were struggling even more than me. And none of us live in the same city. And part of me wanted to support them and show respect. But then I heard people who didn’t know Aaron talking about going because it was “the right thing to do” which was basically code for the notion that everyone who was everyone was going to be there. It also became clear that it was going to be a media event with the possibility of protestors and counter-protesters. And I balked. I couldn’t stomach the idea of simultaneously trying to mourn and trying to deal with a collective performance of mourning. So I stayed put, in a daze.

And then the memorials started up and I was asked to speak. And I realized that I was so not there yet. I was still at the stage of cry and hug. And I was struck by how some of those who he spent his last days with were able to channel their own emotional struggle into a far more productive output than I could possibly muster. I was in awe of their strength, of their commitment. Because I relished the activist in Aaron and I was completely intellectually with them in their efforts to use this moment to make a difference, to speak out against the structural inequities and abuses of power that Aaron was fighting for. But I wasn’t able to be there; I was still in a dark place that wasn’t productive. So I pushed my own escape valve, a privileged valve I’ve learned to use whenever things got dark. I spent my frequent traveler points and went to Miami to hug the sun and the beach and get a grip on my mental state.

I’ve spent a lot of years struggling with my own demons and one of the best parts of growing old for me is that I’ve developed coping mechanisms to identify and deal with my emotional state before I put myself or anyone else at risk. I’m good at getting control over me before running full-speed with my activist goals. This is something that I’m very proud of. But I also look back with a lot of uncertainty because I don’t know how I would’ve gotten here without the internet as it was when I was coming of age.

As I’ve said many times, the internet has been my saving grace. I usually publicly point to the ways in which I have learned about new opportunities and been challenged to think about a world that was bigger than the one that I was inhabiting on a daily basis. But embedded in those positive-minded narratives is the fact that the internet allowed me to be vulnerable and safe in a productive way. I spent countless hours anonymously talking to strangers about my demons without being tracked or identified or outed. I used LiveJournal to be deeply vulnerable among friends in an environment where we all understood that it was a site where you shared your struggles and everyone respected that. I lashed out in ways that helped create friendships as a byproduct of getting help. And I started blogging in a context where putting yourself out there enabled a small community of caring folks to listen and be supportive in all sorts of unique ways.

Today, I don’t have that luxury. My internet is painfully public. My interactions online are heavily constrained by pressures I get from others. When I post something controversial or incomplete, I am consistently publicly attacked and I’m regularly told that this is what I get for choosing to speak in public. I am told that as a public figure, I deserve whatever I get. So when I choose to make myself vulnerable in public, I have to brace myself for attacks. Even my attempt to mourn Aaron generated messages by strangers attacking me for clearly having not been a real friend or else he wouldn’t have died. I’ve learned to roll with these attacks, but they still sting. And I don’t know that my younger self could’ve handled them well. But what I know is that I no longer have an internet where I feel safe to deal with my demons. There are still places where people can carve out that space, but somehow, it never feels safe enough to me anymore.

I realize that this nostalgia for the past is interwoven with a whole set of different issues that make this a self-absorbed lament. But Aaron’s death threw it in my face. Because, on the day that Aaron died, the geeks that I grew up being vulnerable with all let down their guards and wailed through the media that they knew best. And then his death went from creating a weekend of collective sadness and storytelling to an event that took on a life of its own. And I’m left with a discomforting question: where are geeks allowed to be vulnerable today?

With each new geek death by suicide, folks ask what we should do about the depression in our community. I can’t help but think that we’re paying the costs of the public-ness that we’ve helped create. We’ve made geek culture something to watch, an economic engine, a dependency. And in doing so, we haven’t enabled safe spaces to grow. We’ve created communities connected around ideas and actions, relishing individualistic productivity for collective good. But we haven’t created openings for people to be weak and voice their struggles and demons. In short, we don’t know how to support vulnerabilities and rather than debugging the problem, we just hope that if we don’t pay too much attention to them, they’ll go away.

But the pressures of public-ness are forcing us to pay an ugly price. In NYC alone, we’ve lost two geeks in two years because their worlds spun out of control in ways that didn’t leave them with enough strength to grapple with their demons while also trying to make the world a better place. Throughout this country, there are geeks and hackers facing serious pressures by structural power as a byproduct of the public-ness we’ve created. And many of them are also facing serious demons. I’m definitely among those who want to hold political entities accountable for capitalizing on vulnerabilities in their pursuit of the status quo, but I am also hoping that the geek community can figure out a way to make sure that those who are struggling have enough support to fight both their demons and their oppressors. Before we lose another one. The problem is that I genuinely don’t know how.

25 thoughts on “mourning and public-ness”