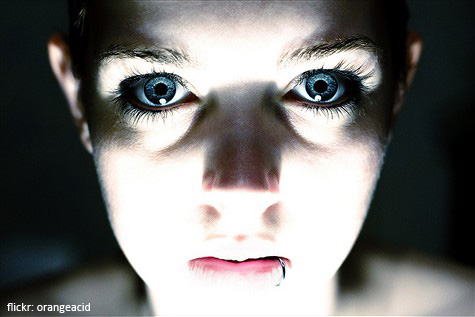 At SXSW, I decided to talk about privacy because I thought that it would be the most important issue of the year. I was more accurate than my wildest dreams. For the last month, I’ve watched as conversations about privacy went from being the topic of the tech elite to a conversation that’s pervasive. The press coverage is overwhelming – filled with infographics and a concerted effort by journalists to make sense of and communicate what seems to be a moving target. I commend them for doing so.

My SXSW used a bunch of different case studies but folks focused on two: Google and Facebook. After my talk, I received numerous emails from folks at Google, including the PM in charge of Buzz. The tenor was consistent, effectively: “we fucked up, we’re trying to fix it, please help us.” What startled me was the radio silence from Facebook, although a close friend of mine told me that Randi Zuckerberg had heard it and effectively responded with a big ole ::gulp:: My SXSW critique concerned their decision in December, an irresponsible move that I felt put users at risk. I wasn’t prepared for how they were going to leverage that data only a few months later.

As most of you know, Facebook has been struggling to explain its privacy-related decisions for the last month while simultaneously dealing with frightening security issues. If you’re not a techie, I’d encourage you to start poking around. The NYTimes is doing an amazing job keeping up with the story, as is TechCrunch, Mashable, and InsideFacebook. The short version… People are cranky. Facebook thinks that it’s just weirdo tech elites like me who are pissed off. They’re standing firm and trying to justify why what they’re doing is good for everyone. Their attitude has triggered the panic button amongst regulators and all sorts of regulators are starting to sniff around. Facebook hired an ex-Bush regulator to manage this. No one is quite sure what is happening but Jason Calacanis thinks that Facebook has overplayed its hand. Meanwhile, security problems mean that even more content has been exposed, including email addresses, IP addresses (your location), and full chat logs. This has only upped the panic amongst those who can imagine worst case scenarios. Like the idea that someone out there is slowly piecing together IP addresses (location) and full names and contact information. A powerful database, and not one that anyone would be too happy to be floating around.

Amidst all of what’s going on, everyone is anxiously awaiting David Kirkpatrick’s soon-to-be-released “The Facebook Effect.” which basically outlines the early days of the company. Throughout the book, Kirkpatrick sheds light on why we’re where we are today without even realizing where we’d be. Consider these two quotes from Zuckerberg:

In trying to be a neutral reporter, Kirkpatrick doesn’t critically interrogate the language that Zuckerberg or other executives use. At times, he questions them, pointing to how they might make people’s lives challenging. But he undermines his own critiques by accepting Zuckerberg’s premise that the tides they are a turning. For example, he states that “The older you are, the more likely you are to find Facebook’s exposure of personal information intrusive and excessive.” Interestingly, rock solid non-marketing data is about to be released to refute this point. Youth are actually much more concerned about exposure than adults these days. Why? Probably because they get it. And it’s why they’re using fake names and trying to go on the DL (down-low).

With this backdrop in mind, I want to talk about a concept that Kirkpatrick suggests is core to Facebook: “radical transparency.” In short, Kirkpatrick argues that Zuckerberg believes that people will be better off if they make themselves transparent. Not only that, society will be better off. (We’ll ignore the fact that Facebook’s purse strings may be better off too.) My encounters with Zuckerberg lead me to believe that he genuinely believes this, he genuinely believes that society will be better off if people make themselves transparent. And given his trajectory, he probably believes that more and more people want to expose themselves. Silicon Valley is filled with people engaged in self-branding, making a name for themselves by being exhibitionists. It doesn’t surprise me that Scoble wants to expose himself; he’s always the first to engage in a mass collection on social network sites, happy to be more-public-than-thou. Sometimes, too public. But that’s his choice. The problem is that not everyone wants to be along for the ride.

Jeff Jarvis gets at the core issue with his post “Confusing *a* public with *the* public”. As I’ve said time and time again, people do want to engage in public, but not the same public that includes all of you. Jarvis relies on Habermas, but the right way to read this is through the ideas of Michael Warner’s “Publics and Counterpublics”. Facebook was originally a counterpublic, a public that people turned to because they didn’t like the publics that they had accessed to. What’s happening now is ripping the public that was created to shreds and people’s discomfort stems from that.

A while back, I was talking with a teenage girl about her privacy settings and noticed that she had made lots of content available to friends-of-friends. I asked her if she made her content available to her mother. She responded with, “of course not!” I had noticed that she had listed her aunt as a friend of hers and so I surfed with her to her aunt’s page and pointed out that her mother was a friend of her aunt, thus a friend-of-a-friend. She was horrified. It had never dawned on her that her mother might be included in that grouping.

Over and over again, I find that people’s mental model of who can see what doesn’t match up with reality. People think “everyone” includes everyone who searches for them on Facebook. They never imagine that “everyone” includes every third party sucking up data for goddess only knows what purpose. They think that if they lock down everything in the settings that they see, that they’re completely locked down. They don’t get that their friends lists, interests, likes, primary photo, affiliations, and other content is publicly accessible.

If Facebook wanted radical transparency, they could communicate to users every single person and entity who can see their content. They could notify then when the content is accessed by a partner. They could show them who all is included in “friends-of-friends” (or at least a number of people). They hide behind lists because people’s abstractions allow them to share more. When people think “friends-of-friends” they don’t think about all of the types of people that their friends might link to; they think of the people that their friends would bring to a dinner party if they were to host it. When they think of everyone, they think of individual people who might have an interest in them, not 3rd party services who want to monetize or redistribute their data. Users have no sense of how their data is being used and Facebook is not radically transparent about what that data is used for. Quite the opposite. Convolution works. It keeps the press out.

The battle that is underway is not a battle over the future of privacy and publicity. It’s a battle over choice and informed consent. It’s unfolding because people are being duped, tricked, coerced, and confused into doing things where they don’t understand the consequences. Facebook keeps saying that it gives users choices, but that is completely unfair. It gives users the illusion of choice and hides the details away from them “for their own good.”

I have no problem with Scoble being as public as he’d like to be. And I do think it’s unfortunate that Facebook never gave him that choice. I’m not that public, but I’m darn close. And I use Twitter and a whole host of other services to be quite visible. The key to addressing this problem is not to say “public or private?” but to ask how we can make certain people are 1) informed; 2) have the right to chose; and 3) are consenting without being deceived. I’d be a whole lot less pissed off if people had to opt-in in December. Or if they could’ve retained the right to keep their friends lists, affiliations, interests, likes, and other content as private as they had when they first opted into Facebook. Slowly disintegrating the social context without choice isn’t consent; it’s trickery.

Zuckerberg and gang may think that they know what’s best for society, for individuals, but I violently disagree. I think that they know what’s best for the privileged class. And I’m terrified of the consequences that these moves are having for those who don’t live in a lap of luxury. I say this as someone who is privileged, someone who has profited at every turn by being visible. But also as someone who has seen the costs and pushed through the consequences with a lot of help and support. Being publicly visible isn’t always easy, it’s not always fun. And I don’t think that anyone should go through what I’ve gone through without making a choice to do it. So I’m angry. Very angry. Angry that some people aren’t being given that choice, angry that they don’t know what’s going on, angry that it’s become OK in my industry to expose people. I think that it’s high time that we take into consideration those whose lives aren’t nearly as privileged as ours, those who aren’t choosing to take the risks that we take, those who can’t afford to. This isn’t about liberals vs. libertarians; it’s about monkeys vs. robots.

if you’re not angry / you’re just stupid / or you don’t care
how else can you react / when you know / something’s so unfair
the men of the hour / can kill half the world in war
make them slaves to a super power / and let them die poor
– Ani Difranco, Out of Range

(Translated to Italian by orangeek)