This post was originally written for the DML Central Blog. If you’re interested in Digital Media and Learning, you definitely want to check this blog out. 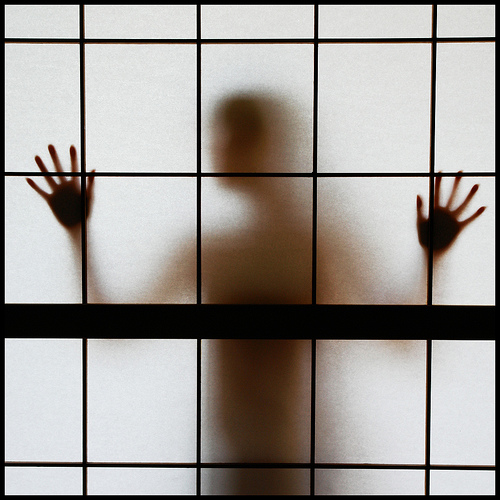 With Facebook systematically dismantling its revered privacy infrastructure, I think it’s important to drill down on the issue of privacy as it relates to teens. There’s an assumption that teens don’t care about privacy but this is completely inaccurate. Teens care deeply about privacy, but their conceptualization of what this means may not make sense in a setting where privacy settings are a binary. What teens care about is the ability to control information as it flows and to have the information necessary to adjust to a situation when information flows too far or in unexpected ways. When teens argue that they produce content that is “public by default, private when necessary,” they aren’t arguing that privacy is disappearing. Instead, they are highlighting that both privacy AND publicity have value. Privacy is important in certain situations – to not offend, to share something intimate, or to exclude certain people. Yet, publicity can also be super useful. It’s about being present in social situations, about chance encounters, about obtaining social status.

Once upon a time on Facebook, participants had to be a vetted member of a community to even have an account. Privacy was a deeply held value and many turned to Facebook because of the ways in which it protected them from making public mistakes. This was especially core to youth participation. Parents respected Facebook’s attitudes towards privacy and, in a shocking moment of agreement, teens did too.

Slowly, things have changed. Most recently, Facebook made it possible for users to make Facebook content public (presumably to compete with Twitter). When participants signed in, they were asked whether or not they wanted they wanted to change their privacy settings. Many were confused and just clicked through, not realizing that this made their content more public than it was before. This upset some legal types and Facebook was forced to retreat, making the status quo the default instead of tricking folks into being public.

Recently, Facebook’s CEO Mark Zuckerberg made comments that amount to “the age of privacy is over” as justification for why the company has decided to get with the times and make things more public. This prompted me to rant about Facebook’s decision.

Social media has enabled new forms of publicity, structures that allow people to connect as widely as they can build an audience. Teens are embracing this to do all sorts of powerful things. But they aren’t doing so to eschew privacy. They are still keeping intimate things close to their hearts or trying to share content with narrow groups of people. It’s just that, in many situations, there is more to be gained by accepting the public default than by going out of one’s way to keep things private. And here’s where we see the shift. It used to take effort to be public. Today, it often takes effort to be private.

While Facebook has justified its decisions by citing shifts in societal expectations, they are doing a disservice to those who value Facebook precisely because of its culture of keeping things more close. It’s not so much that posting things on Facebook was ever private; no teen sees the Wall as a private space. It’s that the default was not persistent, searchable, and scaled to a mass degree. Just because teens choose to share some content widely does not mean that they wish all content could be universally accessible. What they want is a sense of control. And what Facebook is doing is destabilizing the system in a way that complicates control, especially for teens who are most vulnerable of having content go down on their permanent record.

3 thoughts on “Public by Default, Private when Necessary”