I rarely drive these days, and when I do, it’s bloody terrifying. Even though I grew up driving and drove every day for fifteen years, my lack of practice is palpable as I grip the steering wheel. Every time I get behind the wheel, in order to silence my own fears about all of the ways in which I might crash, I ruminate over the anxieties that people have about teenagers and driving. I try not to get distracted in my own driving by looking to see if other drivers are texting while driving, but I can’t help but muse about these things. And while I was driving down the 101 in California last week, it hit me: driving is about to become obsolete.

The history of cars in America is tied up with what it means to be American in the first place. American history —with its ups and downs — can be understood through the automobile industry. In fact, it can be summed up with one word: Detroit. Once a booming metropolis, this one-industry town iconically highlights the issues that surround globalization, class inequality, and labor identities. But entwined with the very real economic factors surrounding the automobile industry is an American obsession with freedom. 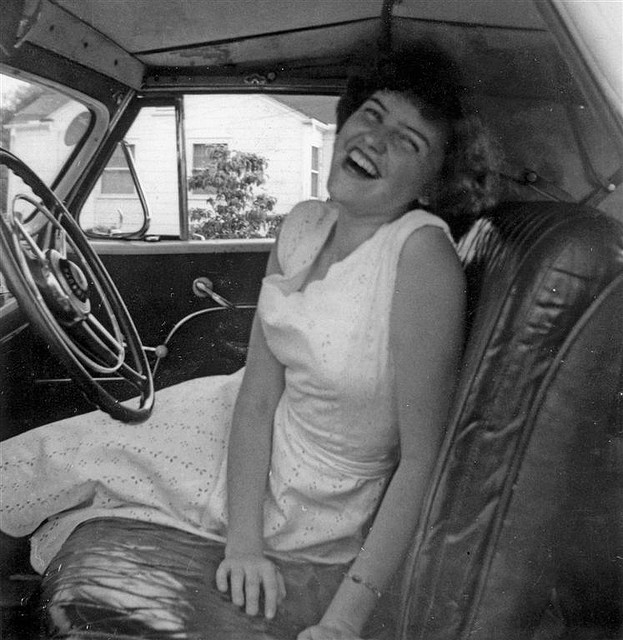 It used to be that getting access to a car was the ultimate marker of freedom. As a teenager in the nineties, I longed for my sixteenth birthday and all that was represented by a driver’s license. Today, this sentiment is not echoed by the teens that I meet. Some still desperately want a car, but it doesn’t have the same symbolic feeling that it once did. When I ask teens about driving, what they share with me reveals the burdens imposed by this supposed tool of freedom. They talk about the costs — especially the cost of gas. They talk about the rules — especially the rules that limit them from driving with other teens in the car. And they talk about the risks — regurgitating back countless PSAs on drinking or texting while driving. While plenty of teens still drive, the very notion of driving doesn’t prompt the twinkle in their eyes that I knew from my classmates.

Driving used to be hard work. Before there was power steering and automatic transmission, maneuvering a car took effort. Driving used to be a gateway for learning. Before there were computers in every part of a car, curious youth could easily tear apart their cars and tinker with their innards. Learning to drive and manipulate a car used to be admired. Driving also used to be fun. Although speed limits and safety belts have saved many lives, I still remember the ways in which we would experiment with the boundaries of a car by testing its limits in parking lots on winter days. And I will never forget my first cross-country road trip, when I embraced the openness of the road and pushed my car to the limits and felt the wind on my face. Freedom, I felt freedom.

Today, what I feel is boredom, if not misery. The actual mechanisms of driving are easy, fooling me into a lull when I get into a car. Even with stimuli all around me, all I get to do is pump the gas, hit the brakes, and steer the wheel no more than ten degrees. My body is bored and my brain turns off. By contrast, I totally get the allure of the phone—or anything that would be more interesting than trying to navigate the road while changing the radio station to avoid the incessant chatter from not-very-entertaining DJs. 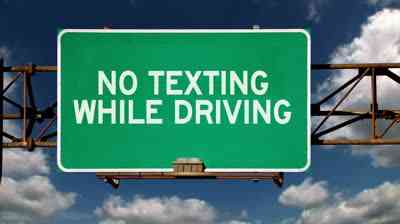 It’s rare that I hear many adults talk about driving with much joy. Some still get giddy about their cars; I hear this most often from my privileged friends when they get access to a car that changes their relationship to driving, such as an electric car or a hybrid or a Tesla. But even in those cases, I hear enthusiasm for a month before people go back to moaning about traffic and parking and surveillance. Outside of my friends, I hear people lament gas prices and tolls and this, that, or the other regulation. And when I listen to parents, they’re always complaining about having to drive their kids here, there, and everywhere. Not surprisingly, the teens that I meet rarely hear people talk joyously about cars. They hear it as a hassle.

So where does this end up? Data from both the CDC and AAA suggests that fewer and fewer American teens are bothering to even get their driver’s license. There’s so much handwringing about driving dangers, so much effort towards passing new laws and restrictions targeting teens in particular, and so much anxiety about distracted driving. Not surprisingly, more and more teens are throwing their hands in the air and giving up, demanding their parents drive them because there’s no other way. This, in turn, means that parents hate driving even more. And since our government is incapable of working together to invest in infrastructural investments, thereby undermining any hopes of public transit in huge parts of the country, what we’re effectively doing is laying the groundwork for autonomous vehicles. 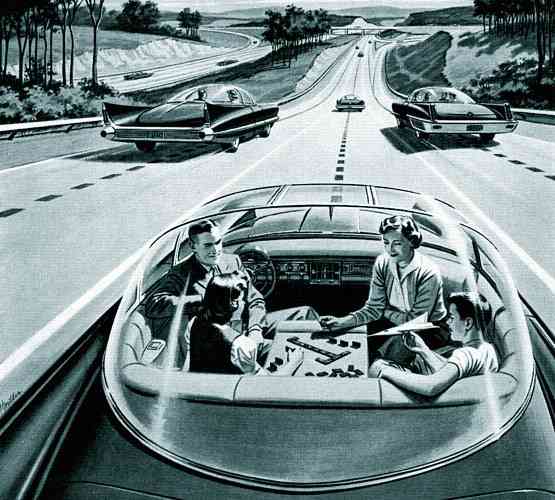 It’s been 75 years since General Motors exhibited an autonomous car at the 1939 World’s Fair, but we’ve now created the cultural conditions for this innovation to fit into American society.

We’re going to see a decade of people flipping out over fear that autonomous vehicles are dangerous, even though I expect them to be a lot less dangerous that sleepy drivers, drunken drivers, distracted drivers, and inexperienced drivers. Older populations that still associate driving with freedom are going to be resistant to the very idea of autonomous vehicles, but both parents and teenagers will start to see them as more freeing than driving. We’re still a long way from autonomous vehicles being meaningfully accessible to the general population. But we’re going to get there. We’ve spent the last thirty years ratcheting up fears and safety measures around cars, and we’ve successfully undermined the cultural appeal of driving. This is what will open the doors to a new form of transportation. And the opportunities for innovation here are only just beginning.

(This entry was first posted on May 5, 2014 at Medium under the title “Will my grandchildren learn to drive? I expect not” as part of The Message.)